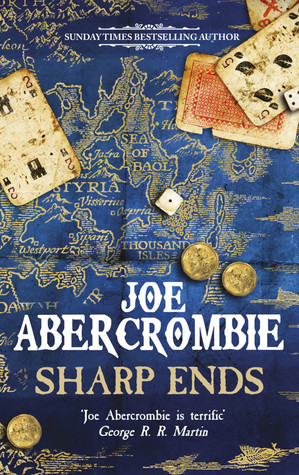 Romantic Confessions. Robert Ropars. The only problems I've ever encountered with Rudy Rucker books is availability and the fact that my copy of White Light got lost in a pub excursion. Damn you, beer! Rudy's an interesting sort, being a mathematician and sometime geek who has collaborated with John Walker of Autodesk on some software stuff which you can find out more about on Fourmilab , where you'll also find a neat-o short story in the Sci-Fi section called The Message or similar.

Michael Marshal Smith and Ken McLeod are both authors whose books I borrowed and felt I could have satisfactorily bought without feeling cheated. That hardly commends it, does it? Even for the prologue by Linus Torvalds. It's terrible. Even "The Macdonaldization Of Society" is a better read, and that's saying a lot.

Other books to avoid include Virtual Reality by Howard Rheingold aside from the endless trivia you can get out of it and A Staggering Work of Heartbreaking Genius by Dave Eggers, which is like an overlong version of a joke that was only marginally funny the first time you heard it. Oh yeah. Bruce Bethke's "Headcrash" is worth reading solely for the Star Trek pisstake in chapter two-ish, especially the deflation of said pisstake right at the end. Have you read this?

I have lots of books I very badly want to finish though. I feel like I'd be taking a shot in the dark without knowing more about what you've enjoyed reading previously, or perhaps what you're hoping for or trying to avoid the next time you pick up a book. That having been said, I'm in agreement with several of the earlier postings. Iain Banks is one, although since you mentioned science fiction, look for "Iain M.

I've liked his work either way, though. Neal Stephenson has never disappointed me, and Quicksilver , his latest, should be out this Spring. The publisher swears that they really really mean it this time, and even went so far as to put the first chapter in the back of Cryptonomicon 's mass-market edition. Stephenson, too, blurs the line between literature and science fiction. They're like what Tom Clancy-style technothrillers would all be in a perfect world: literate, innovative, witty, and slyly subversive.

You should consider really old sci-fi Frankenstein, Gulliver's Travels, that kind of thing. Frankenstein especially is very, very good. That's a hell of a lot of responses!

A Defence of Usury

Here are some totally unstructured comments, as one big reply instead of a dozen one liners:. Greg Egan -- I've read "Quarantine", which was ok not great ; I think I've read something else by him, but I don't remember. That's exactly what I thought, but it was good enough for me to check out his other novels. Quarantine was one of his first, and he's improved considerably.

Someone else mentioned his web page, and there are a few short stories available there -- Planck Dive is set in the same universe as Diaspora, although without having been introduced to it, the details might come a little fast and dense. In any case, if you liked Quarantine, I don't see how you can't love his more recent work. Schild's Ladder and Distress are both masterpieces as well.

Distress in particular drastically one-ups Quarantine while still maintaining the same feel. Both are seminal to modern SF, and really really good. Talks about the telegraph system of the 's comparing it to the internet. They had "routers" humans relaying messages to other lines , registered nicknames, crackers, etc. Hogan has written. The Giant's series of which Inherit He says on his site that he's working on a fifth book in the series.

Entoverse you'll probably have to get separately. A few people have recommended Robert J.

Beware: His religion xtianity leaks into everything he writes at least, according to everyone I've talked to. If you don't like that, you might want to avoid him. Good: Amazing world, Severian is fascinating.

Wonderful style. I had to look up lots of words while reading it. Hm, clearly, I like books which hover between SF and fantasy. I think this is mostly because they're sui generis, while most SF and fantasy and probably everything else seems to be cast from a mold. Check their website for information about accessing them -- usually you don't need to be in the library to use them. Most recent books and a whole lot of older ones have all sorts of fun subject headings assigned to them.